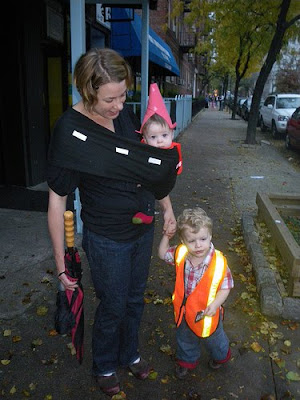 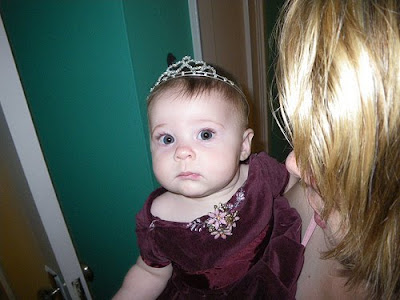 As tradition dictates, this was the third year of our Baby World Leader Costume Contest. Since we host the contest, we don't compete officially, but we always have an entry. Unfortunately, Young Master B is going through a phase where he refuses to have his picture taken. He prefers to click the camera buttons and scroll through previous shots. Knowing this, I decided to focus on young Miss V as Queen Victoria. The picture shown above is one of my favorite outtakes.
Posted by Salt Chunk Mary at 11:14 PM

that would be 20 minutes a day, or even 20 minutes every time we passed. Not just one 20 minute session.

I considered if we should do a last minute switch to Vampire, since pore Mr Danger had just hit his teeth on a chair earlier in the day and had bloody teeth. So maybe he was a Vampire Construction Worker.